This business developed out of a love for working with my hands.

I started woodworking in 2012 while active duty in the US Marine Corps. Not long after getting the woodworking bug I started shopping for a handsaw to give dovetails a shot. I found a lot of high price options, being a hobbyist, I couldn’t justify spending a lot of money on a new handsaw. I opted for an old Disston found at an estate sale. I learned how to sharpen on this saw and was a good user after the restoration. After this I got the idea to try building my own saw…it wasn’t pretty but it worked. I was hooked on tool making.

I had no experience in making tools or operating machinery, I didn’t even know what a metal lathe was. I dove headfirst into the process of making saws and have not stopped since. I sold a number of custom saws but generally felt that the process was lacking. I also had to charge a lot of money for each saw I was making. I decided to shift my focus. I would stop selling saws and develop a process that would allow me to fill a void in the saw market place- high quality saws that are affordable to the hobbyist.

I have spent many thousands of hours working on my process. Again, I have no manufacturing experience so I had to teach myself every machine involved in the process. Once understood, I had to make it efficient.

Every component of my saws are made in house from raw material. It would have been much easier to outsource the components and assemble as the parts arrive. Here is the catch…each of the businesses outsourced to have their own markup and overhead to deal with. This translates to higher product costs.

All the hard work has paid off- for me and the woodworker. I now build saws that can go head-to-head with any other saws on the market. I also have a very in depth understanding of the tools that is only attainable through the route I’ve taken. Some people talk about it, I do it. 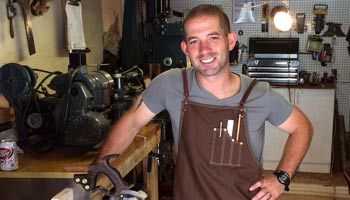 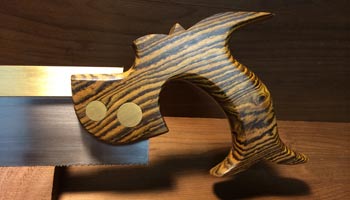 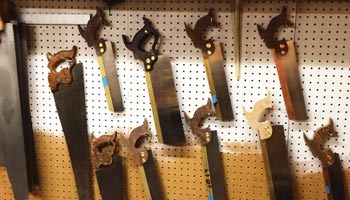